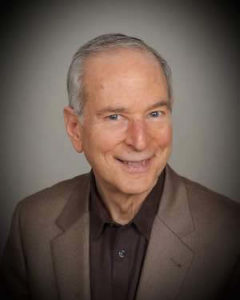 “…it is better to provide practitioners with a conceptual framework or model to serve as a guide to their clinical practice than merely to give them inflexible, step-by-step procedures for implementing EMDR therapy.” (Shapiro, 2018, p. xii).

EMDR therapy has become internationally recognised as an evidence-based treatment for post-traumatic stress disorder (PTSD; WHO 2013). However, since its inception its developer maintained that it is widely applicable to conditions other than PTSD. “The clinical applications of EMDR therapy are not limited to PTSD. As indicated by the AIP model, complaints not organically based or caused by inadequate information are rooted in insufficiently processed memories inappropriately stored in the brain” (Shapiro, 2018, p38). Despite her stance captured in the opening quotation, since the founding of the first EMDR online discussion service, created for the EMDR Institute, Inc. (USA) in 1993 and continuing in online EMDR forums to the present, EMDR-trained clinicians continue to post inquiries asking, “What is the EMDR Protocol for ______?” The implication of such inquiries is that there is (or should be) a pre-defined, client-ready treatment plan for every client regardless of their unique life experiences and the wide-ranging symptoms and conditions with which they present. As will become clearer in what follows, EMDR protocols do not provide formulaic strategies, nor are they a substitute for a developing a “conceptual framework” to guide treatment planning and the selection of an effective target sequence. This brief article is intended to serve as an introduction to how clinicians can navigate the complexities of EMDR case formulation and develop safe and effective individualised targeting sequences.

The symptom-informed model of target sequencing (Leeds, 2004; Korn 2004) is derived from an integrative model of case formulation (Leeds, 2001, 2016). In this integrative model, EMDR case formulation is based on three related theoretical frameworks, the Adaptive Information Processing model (AIP; Shapiro, 2018), Attachment Theory (Main, 1996), and the Theory of Structural Dissociation of the Personality (TSDP; Van der Hart, Nijenhuis, and Steele, 2006; Van der Hart, Groenendijk, Gonzalez, Mosquera, & Solomon, 2013). All three theories are grounded in neuropsychological models of human development. Case conceptualisation, grounded in these three theories, enables the clinician to create a mental model of the client’s issues. This mental model in turn assists the clinician in the development of an EMDR therapy treatment plan and a symptom informed targeting sequence. This is illustrated in Figure 1.

Figure 1: Case conceptualisation produces a mental model that leads to a treatment plan

There are many scholarly theories about the nature of dissociation (Dell & O’Neil, 2010). TSDP is preferred for this integrative model of case formulation because:

Vulnerability to adult states of depersonalisation and derealisation has been shown to be predicted not by early childhood experiences of hostile or intrusive parental behaviours but by the nature of early attachment experiences. The strongest predictors of dissociation in young adulthood – as assessed by the Dissociative Experiences Scale (DES; Carlson, et al., 1993) are the absence of positive maternal affective involvement, maternal flatness of affect and overall disrupted maternal communication during the attachment period (Dutra, Bureau, Holmes, Lyubchik & Lyons-Ruth, 2009). Further, published reports since the early years of EMDR therapy (ISSTD, 2011) suggest that individuals with unrecognised dissociative disorders can be harmed by uninformed use of the standard EMDR protocol for PTSD and the standard procedural steps.

Clinical challenges in offering EMDR therapy to individuals with structural dissociation and impairments in self-regulation have been widely recognised and incorporated into a range of approaches from i) needing to only briefly extend the Preparation Phase of the Standard Protocol for PTSD using Resource Development and Installation as described by Korn and Leeds (2002), to ii) a more extensive period of stabilisation and preparation using similar procedures but in an Inverted Protocol (Hofmann, 2004, 2010), to iii) a progressive approach (Gonzalez and Mosquera, 2012; Mosquera, 2019) that uses modified EMDR procedures in the Preparation Phase initially targeting dysfunctionally stored information (interoceptive information) about dissociative phobias (dissociative defences) rather than attempting to reprocess either external triggers or etiological experiences (disturbing exteroceptive memories). Thus, referencing just these three models of EMDR approaches as exemplars, it becomes evident that target sequencing in EMDR therapy must be first founded in a case formulation that considers not only the AIP model, but attachment theory, and TSDP.

The principles of a symptom-informed model of target sequence planning can be applied across a broad range of cases from simple to complex. For the purposes of this discussion, it is necessary to narrow the focus to cases of mild developmental trauma and to cases of adult-onset symptoms not associated with substantial early adverse life experiences. This will allow us to explore symptom-informed target sequencing using the standard EMDR protocol for PTSD described in the standard reference textbook (Shapiro, 1995, 2001, 2018).

In Phase 1, the EMDR trained clinician takes a complete history of the person and their symptoms and develops a case conceptualisation and a treatment plan. The aim of this comprehensive history is to allow for a functional analysis of the person’s symptoms in terms of the underlying life experiences that are hypothesised to be etiological to the person’s symptoms and defences and an understanding of how they have developed over time (Shapiro, 2018, pp 100-101). In this functional analysis, the clinician considers both the availability of adaptive memory networks and the extent of maladaptive memory networks. This is illustrated in Figure 2.

There are four foundational principles in applying the symptom-informed treatment planning approach to individuals with milder cases of developmental trauma or with adult-onset symptoms:

A 24-year-old single female presented for treatment. Clinical assessment in the history taking phase revealed the following. Growing up, she experienced persistent criticism and unrelenting high standards from an often-absent professional father with whom she had limited involvement until age 9, when her father died of a heart attack. These experiences contributed to her fear of authority figures. After her mother remarried, she was bullied daily, both verbally and physically, by an older and larger stepbrother from age 11 to 15, after which the stepbrother left home. She had felt trapped, frightened and frozen during this bullying. She started having panic attacks at age 12. Two years prior to therapy, at age 22 she was assaulted and raped by stranger while walking home alone at night through a neighborhood park. Following this sexual assault, she stopped dating. She started having nightmares and insomnia, and her panic attacks worsened.

A series of positive life experiences were also identified. These included mastery memories of excelling in sports while on winning soccer teams in high school and college, winning at middle distances as a runner, being awarded an academic scholarship for her college expenses, graduating college with honours, being sought after by recruiters and being offered a well-paid position immediately after college. She had positive and supportive friends, including members of her current running team, especially Meg with whom she often ran in 10k races. She was still close to her mother. Her female speech teacher in high school had been her mentor for two years.

Clinical assessment using questions from the Adult Attachment Interview (AAI; George, et al., 1986) further indicated that this young woman had a secure childhood attachment with her mother, an avoidant attachment with her father and an avoidant attachment with her stepfather. Her overall adult attachment organisation was secure. Screening with questions from the Loewenstein Mental Status Examination (1991) revealed that she had no dissociative symptoms apart from mild episodes of derealisation after a series of nights in which she obtained fewer than five hours’ sleep and peri-traumatic dissociation during the sexual assault. A consideration of all these factors led to the following case conceptualisation. She was viewed as being able to make use of her secure attachment orientation to establish a therapeutic alliance easily. Apart from some psychoeducation and informed consent for EMDR treatment for adverse and traumatic experiences, she was assessed as requiring minimal preparation (installing one resource memory).

Next, consider which is her worst symptom.

In the view of the author (and the composite client), the most impairing and severe symptom was her insomnia due to nightmares related to the sexual assault. The panic attacks were the second most severe symptom. The fear of authority figures was the third most impairing symptom. This functional analysis gave rise to the agreed targeting sequence listed below and illustrated in a summary of 14 treatment sessions in Figure 4.

This composite case illustrates the process by which a symptom-informed targeting sequence can be derived from an integrative case formulation. In this case, the woman’s secure adult attachment organisation and general absence of dissociative symptoms allowed for a brief preparation phase in which RDI was used rather than the calm place exercise, followed by a prompt start to reprocessing the targets identified in her history. Had her father’s criticisms been accompanied by chronic frightening and painful physical abuse starting from early childhood, she might well have developed more complex dissociative symptoms that would have required a more in-depth assessment and an extended preparation phase with grounding and presentification exercises and potentially additional elements. As is clear from the history as described in this case, her dissociative symptoms were mild. She met readiness criteria and was able to benefit from a prompt start to standard reprocessing. The AIP informed listing of both positive and adverse life experiences accounted for the origin of all her most impairing symptoms and predicted consistent positive responses to reprocessing that followed a symptom-informed treatment plan.

A treatment plan based instead on a simple chronological listing of adverse and traumatic experiences would have delayed addressing the primary cause of her worst symptoms. This would have postponed clinical gains and thus risked the client becoming sufficiently discouraged to discontinue treatment and discard EMDR therapy as ineffective. In contrast, a symptom-informed treatment plan can generally provide the greatest benefit in the shortest number of sessions. Even in more complex cases, early reductions in presenting symptoms can lead to increasing confidence in EMDR therapy and can assist clients and clinicians in addressing more challenging material in later sessions.

Andrew M. Leeds, Ph.D. is Director of Training for Sonoma Psychotherapy Training Institute. He is author of A Guide to the Standard EMDR Therapy Protocols, journal articles and book chapters. He served on the EMDRIA Board 2003-2005. He is an inaugural member of the Journal of EMDR Editorial Board and serves on the Council of Scholars for the Future of EMDR Project. He was awarded the 1999 Ronald Martinez Memorial Award from Francine Shapiro, the 1999 EMDRIA award for creative innovation and the 2013 EMDRIA Francine Shapiro Award. He maintains a private practice as a Psychologist in Santa Rosa, California.

manuscript, University of California at Berkeley.

Hoffman, A. (2004). EMDR in the Treatment of Complex PTSD, EMDR International

Leeds, A. M. (1997, July). “In the eye of the beholder: reflections on shame, dissociation, and transference in complex posttraumatic stress and attachment related disorders. Principles of case formulation for EMDR treatment planning and the use of Resource Installation.” Paper presented at the EMDR International Association, San Francisco.

Leeds, A. M. (2016). A guide to the standard EMDR therapy protocols for clinicians,

Leeds, A. M. & Mosquera, D. (2016) “The impact of attachment in EMDR therapy: theory and practice with video.” Workshop presented with Dolores Mosquera at the EMDR International Association, August 27, 2016, Minneapolis, MN.

Main, M. (1996). Introduction to the special section on attachment and psychopathology: 2.

Overview of the field of attachment. Journal of Consulting and Clinical Psychology, 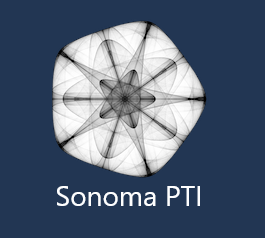