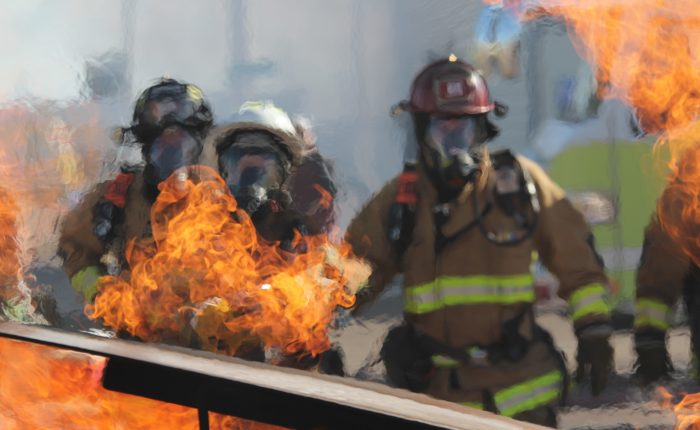 In the second keynote address of the conference, Gill Moreton focused on fighting the stigma of psychological injury in the emergency services.

Gill Moreton, Clinical Lead for Emergency Services at NHS Lothian’s Rivers Centre for Traumatic Stress in Edinburgh, has a wealth of experience working with the emergency services, and had some extremely valuable advice for anyone supporting people in this sector. “We can’t prevent exposure to potentially traumatic experiences,” she says, “but we can work with the services to address the organisational factors that influence resilience and to mainstream discussions about the possibility of psychological injury.”

Her organisation has created resources to raise awareness and address the stigma that can be associated with psychological injury. These include lifelines.scot, a website aimed at the ambulance, police, fire & rescue services and volunteer responders like mountain rescue and lifeboat crews. The website includes a section on “why I’m OK most of the time”, which introduces the concept of “protective armour”, the key components are:

“What is it that keeps us well, despite having exposure to potential trauma?” asks Moreton. “An important factor is that we’re doing it as part of our job. That very idea of being in a professional role protects us; we are able to distance ourselves – it’s a professional not a personal involvement, and hopefully one you signed up for.

“You are going to encounter psychologically hazardous material and experiences, but because you are being active and purposeful, that starts to act as armour that defends against the possible impacts of what you’re experiencing,” she adds. “The more you feel competent and expert also provides protection, as well as social factors like peer support – the sense that your colleagues have your back.”

So, if any of these factors is undermined, the protective armour can be challenged, and Moreton identifies a number of “risky jobs” that put this protection at risk:

Major traumatic events like the Dunblane school shooting in 1996 obviously trigger more than one of these risk factors, as it involved large loss of life and serious injury and most of the victims were children. Another example is the incident in December 2014 when a bin lorry collided with pedestrians in the centre of Glasgow, killing six people and injuring 15 others. This involved large loss of life and multiple victims with serious injuries, but Moreton also says responders attending the incident may have found it difficult to detach, and may have identified with the people involved in the event simply because it happened three days before Christmas, and many of the victims were carrying Christmas shopping – “something  we can all identify with”.

Mountain rescue teams may also identify with the people they are called to rescue, because they are likely to be walkers or climbers like themselves. They may even know the victims personally.

One of the factors Moreton highlighted as a risk is “When normal coping isn’t possible”. Normal coping for emergency services often involves socialising with their colleagues and supporting each other, but during lockdown this has not been possible, so their risk may be higher.

The Lifelines website is designed to help responders and their families and friends to know what to look out for and when to ask for help. Moreton also has some advice for professionals working with this client group, the first of which is to be familiar with the client’s role and the culture of the organisation they work for. “It is really important to have some understanding of the role and culture, and to get an idea of what their work role is like,” she says.

It is also important to help the client think of psychological injury in a similar way to physical injury. “Most responders have invincibility in their timeline,” explains Moreton. “They think they are either invincible or it is just a matter of time before the job will get to them. That’s why the language of injury is important – we need to mainstream psychological injury.”

Understanding the risks and protective factors is also useful. “If you can help people understand how something has got through their protective armour, that is very helpful,” says Moreton. “And also promoting resilience – what helps them to be OK most of the time.”

Another piece of advice is to watch out for stigma – particularly self-stigma. “Responders can be very supportive and understanding of colleagues who’ve had mental ill health, but feel shame at their own,” Moreton explains. “Their identity is about being brave and being a fixer or helper. If that gets challenged or broken, it can cause a fairly profound collapse in who they think they are, and they can feel very confused. They have gone through their career by thinking they can get through anything.

“A lot of the work we do is about developing self-compassion,” she adds. “If you can challenge their stigma, and enable them to treat themselves with the same care they do their families and colleagues, you’ve got a chance of success.”

Moreton also cautions therapists to be on the look-out for under-reporting. “They may leap towards help initially, but they don’t want to waste your time, or may think they don’t deserve your help because they feel there are people much more in need. Or they could be worried their career might be over, or people will think they can’t hack it. So, as soon as they feel a bit better, they will disengage.”

She also says that avoidance behaviours may not always be obvious, and that many may turn to self-medication – particularly alcohol.

One further piece of advice is to not assume the client has PTSD, just because they work for the emergency services. Mental ill health could be caused by organisational factors, such as if they are working in a toxic organisational environment, or experiencing bullying, or subject to public or political criticism.

“And there are other everyday challenges,” she adds, “especially with volunteer responders who are used to putting other people first and are very civic minded. That can make it difficult to take a break and take care of themselves. And, of course, anyone could have experienced childhood adversity.

“Do the assessment as carefully as you would with anyone else, but watch out for assumptions that it is PTSD – and do the trauma work when it’s needed,” says Moreton.

More information for emergency responders, their friends and families – as well as those offering professional support – can be found at lifelines.scot