Help or hindrance? Medication in therapy

Help or hindrance? Medication in therapy 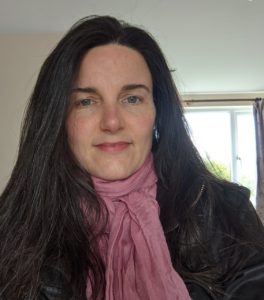 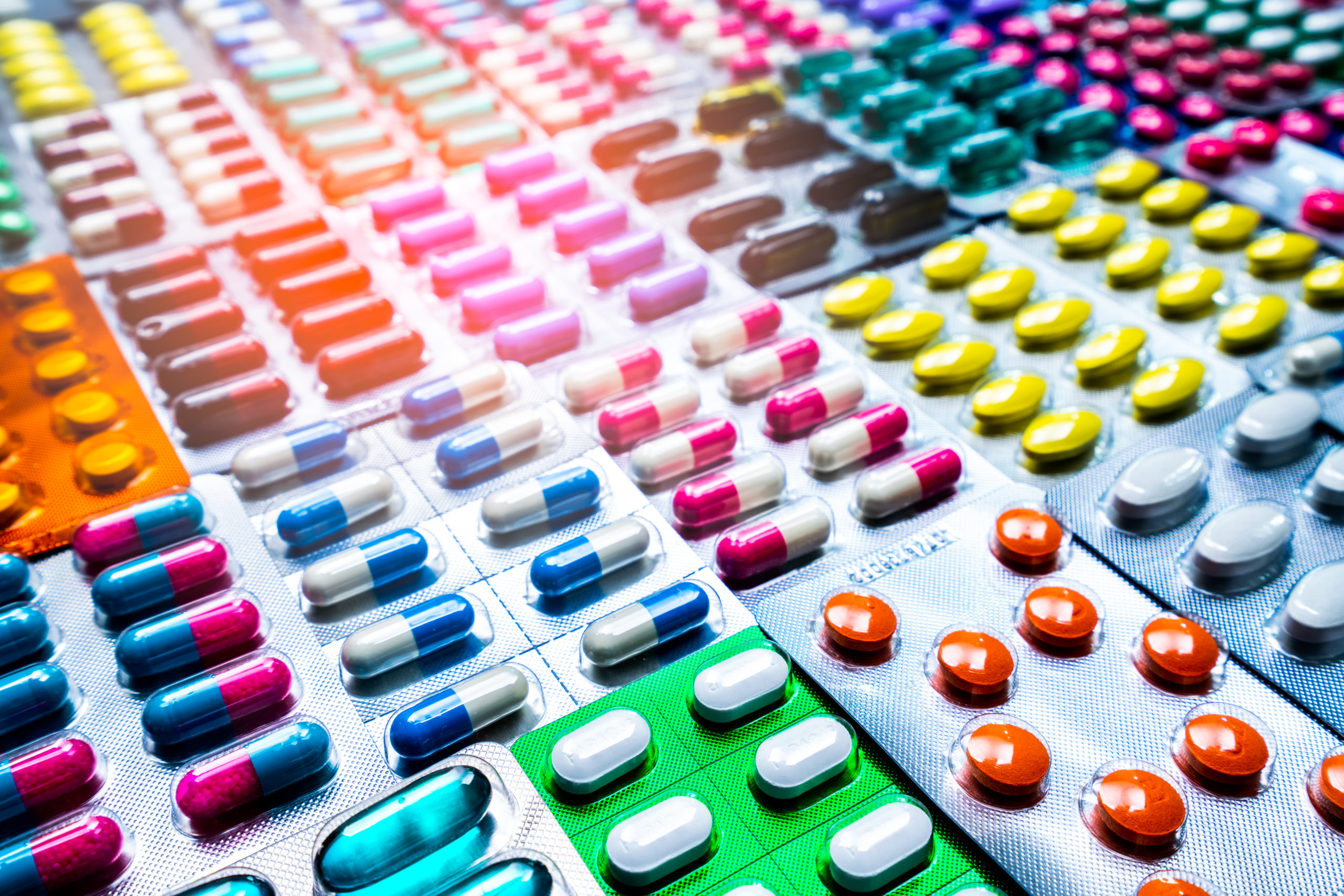 As the use of psychotropic medication becomes increasingly widespread, therapists have a responsibility to understand their place. The following is a report on a recent EMDR UK webinar given by psychiatrist Dr Millia Begum.

Dr Millia Begum’s webinar gave participants an overview of how psychiatric medication is commonly used and may potentially influence therapeutic outcomes. With the help of two other experts Begum considered the limitations of psychotropics, psychological factors influencing medication responses, such as the placebo effect, and the question of whether medications interfere with the effectiveness of psychological therapies.  Some promising applications of psychotropic drugs for severe and treatment-resistant PTSD were examined in the second part, covering the re-emerging use of psychedelics and research into the clinical use of alpha-blockers (especially prazosin). This article can only summarise some of the topics addressed.

Begum opened with an overview of diagnostic categories and psychiatric drugs, concisely covering aspects of history and prescribing practice. She has a wealth of experience in this field and was refreshingly frank in sharing her opinions. Begum reminded us that there is a negative perception of psychotropic medications due to studies being sponsored by the pharmaceutical industry and there is a bias in favour of publishing trials with positive results. Moreover, drug trials can be marred by weaknesses in participant selection and clinical relevance. There is a view that medication tends to reduce rather than eliminate psychological symptoms and relapse rates tend to be high when medication is discontinued. On the other hand, she emphasised the importance of medication in the treatment of severe mental disorders and patients with co-morbidities.  She demonstrated this with an anonymous case example of successful EMDR therapy where the patient nonetheless relapsed following antidepressant withdrawal.

Begum was frank about the limitations of current widespread prescribing practices: “With a large number of patients, we don’t really know what these drugs are doing, and in fact it’s like a conveyor belt, to keep moving patients from one medication to another”, emphasising this issue in those with a diagnosis of Emotionally Unstable Personality Disorder. She believes that many clients with this diagnosis sadly miss out on a trauma formulation, despite the fact that a large number have experienced Adverse Life Experiences. This aligns closely with my own experience of working with the client groups referred to.

Another interesting subject addressed were the psychological aspects of medication use.  Eminent Scottish psychiatrist Professor Angus Mackay spoke about the history and significance of the placebo and nocebo effects, which have now been demonstrated to have measurable effects on physiology and are comparable in size to the action of some drugs (Benedetti et al., 2011; Kaptchuk et al., 2020).

In a further example of psychological aspects interfering with the outcomes of drug treatment, Begum discussed the negative effects of ‘as required’ benzodiazepine use (as opposed to a stable dose) on therapeutic outcomes.  Research shows that taking these drugs ad hoc in an unpredictable way creates a strong safety behaviour linked with triggers. The safety behaviour is rooted in a belief that medication has the power to prevent catastrophes and any near miss that is averted in the presence of diazepam reinforces this safety behaviour further. If this is not addressed, it is likely that reliance on medication to safeguard oneself from arousal associated with triggers will continue even after completion of therapy, be it CBT or EMDR. Supportive findings were drawn from previous studies of CBT for Panic Disorder.

In her practice, Begum encourages clients to consider averaging out any frequent ‘as required’ doses of diazepam to a more regular, minimal required dose. This could be clients’ first steps towards creating a routine but also provides a more stable ground for starting EMDR. Learning about this consequence of ‘as required’ medication use was an eye-opener and a useful insight to take into my own practice. The relevant case example provided turned this from an abstract research finding into actionable learning; it encouraged participants to consider how to support clients with anxiety presentations to make informed choices about medication use.

Through a glass darkly

Using a further case example, Begum also highlighted the differential effects of antidepressants on emotions and cognitions. Whilst research consistently shows that the majority of the newer antidepressants improve cognition with few exceptions, the side effect of emotional blunting or apathy is seldom discussed in studies sponsored by drug companies. A few qualitative surveys of patients’ experiences have reported high levels of emotional blunting independent of the drug’s antidepressant effect (Price et al., 2009; Read et al., 2014; Read et al., 2017). In Begum’s experience, some clients do not wish to go back on antidepressants for this reason while others prefer to continue on them, despite this side effect. Clients will make these informed choices by weighing up risks against benefits.

To illustrate potentially problematic interference of medication with the outcomes of psychotherapy, Begum cited a number of research studies from recent decades. Barlow (2000) compared the effects of combinations of the antidepressant imipramine and placebo with CBT for panic disorder. The outcomes were best for imipramine plus CBT, but also good for placebo plus CBT, and for CBT only with no significant group differences. Those on imipramine plus CBT had the imipramine tapered off gradually to avoid discontinuation symptoms. The results showed that relapse rates were significantly higher when imipramine was withdrawn whilst the CBT only or placebo-plus-CBT group showed lasting results. It is hypothesised that in this scenario, CBT is undertaken with the physiological effects of medication in place when the client is exposed to triggers. Once the drug effects are withdrawn, this physiological context changes and exposure to triggers will then lead to a relapse in fears. A study from 1998 (Marks et al.) observed a similar loss of therapy gains from CBT at follow-up for patients concurrently taking benzodiazepines, suggesting that such effects are not unique to antidepressants. Some of the authors of these studies recommend that clients revisit CBT when there is a planned decision to discontinue medication.

Begum provided a brief overview of the history of psychedelics use for treating mental health problems, pointing out there was a lot of research into this during the 50s, 60s and early 70s, but as drugs like LSD slipped into recreational use, this became increasingly discredited and controversial in the following decades. It is however a re-emerging field and recent years have seen a lot of research with promising results, to the extent that esketamine, administered as an intranasal spray, has been licensed for treatment-resistant depression by the Scottish Medical Consortium (but not yet by NICE in England).

To showcase an innovative different use of ketamine, Begum showed a video interview with Paul Daanen, a psychologist and EMDR practitioner based in Austin, Texas, who shared his experience of providing psychotherapy aided by ketamine. Begum arguesthat for the more severe treatment-resistant PTSD clients, we should not turn down alternative options if all current treatments have failed to help.

In a fascinating description of his work Daanen explained how ketamine usually creates a psychedelic experience and the dissociative aspects of it appear to have a freeing effect which enables clients to lower their defences. The benefits can be rapid: “sometimes I feel in five or six ketamine infusions I can accomplish what may take me a year in traditional psychotherapy”, Daanen said.

Begum pointed out that EMDR therapy also used to lack credibility in its early days and called for open-mindedness towards such new treatments for PTSD clients who have failed to respond to everything else. She also cited a growing research favouring use of psychedelics in a variety of mental health issues, including PTSD, OCD, AN, Depression, addictions and chronic pain (David Nutt, 2020). Evidence is emerging for MDMA use in treatment-resistant PTSD clients including those with dissociative symptoms (Mitchell et al., 2021).

The webinar’s final topic was the use of alpha blockers such as Prazosin and Doxazosin in the treatment of PTSD.  Alpha blockers are drugs that are used in medicine to reduce blood pressure but they have also been found to reduce nightmares in combat-related PTSD. Several small studies have found these drugs to be effective in reducing sleep-related PTSD symptoms, however a more recent study, with larger number of participants and longer follow up, showed no significant reduction in nightmares or overall CAPS score (Raskind et al., 2018). The authors of this paper highlighted that the participants of this trial had stable PTSD with low baseline blood pressure (indicating lower sympathetic activity) compared to previous positive trials. They indicated that perhaps a subgroup of patients with unstable PTSD might benefit from Prazosin. The faith amongst clinicians prescribing Prazosin is high as shown by a recent survey of Scottish psychiatrists carried out by Begum with 75% of responders admitting that it has been beneficial for their patients (unpublished data). Evidence and clinical experience show a trend towards reduction in hyperarousal symptoms as well. The general reduction in arousal symptoms would be an added tool for stabilisation in the more unstable PTSD group.

More information and guidance for psychotherapists on issues of psychiatric medication can be found in the online resource Guidance for Psychological Therapists.

Dannie Rosenhammer is an Accredited EMDR Practitioner based in Glossop. She works in private practice and for 42nd Street, a Manchester charity supporting young people.