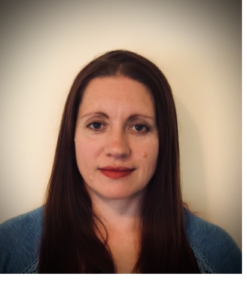 Main image: Civilians flee en masse from the village of Al-Bab in Aleppo due to ISIS attack 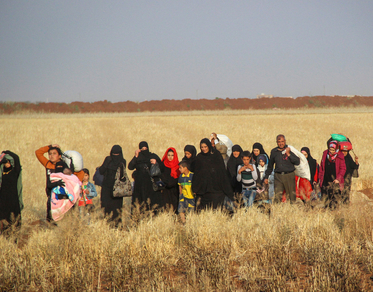 Emma McClane reports on research into group approaches to EMDR therapy, one of the themes of this year’s Europe Conference.

The first presentation was by Safa Kemal Kaptan, a PhD student at the University of Manchester currently participating in the Global Mental Health and Cultural Psychiatry Research Group, which focuses on finding cost effective interventions for CPTSD, PTSD, maternal depression, self-harm, suicidal ideation and chronic pain. The Group is a network comprising the University of Manchester, University of Toronto and Lancashire & South Cumbria NHS Foundation Trust and was formed to promote robust research within the UK and globally with a focus on low-income settings.

EMDR is recognised as effective across a wide range of mental health presentations. However, the ever-increasing demand for therapy raises a question about the cost-effectiveness of one-to-one therapy. Answering this question is the focus of Kaptan’s research. There have been efforts to scale up EMDR through early interventions, group interventions, and through the employment of ‘low-intensity’ workers (paraprofessionals); whether group intervention should be classified as a high, mid, or low-intensity treatment or as guided self-help remains a matter of debate.

Kaptan conducted a systematic review of studies of EMDR group therapy following the Preferred Reporting Items for Systematic Reviews and Meta-Analyses (PRISMA) guidelines, which test the effectiveness of any of the group protocols across any population or presentation. Four different group protocols were identified: Integrative Group Treatment Protocol, Integrative Group Treatment Protocol-Ongoing Traumatic Stress, Group Traumatic Experience Protocol, and Group Protocol for Children. The analysis concluded that group protocols significantly reduced PTSD and PTS, as well as depression and anxiety. The range of studies (among countries of high, middle, and low income) suggests that the group protocol is applicable across cultural boundaries. The use of drawing may also make the protocol more accessible. The fact that groups were not always run by EMDR qualified practitioners suggested that paraprofessionals could deliver effectively such interventions.

The finding is important given the pressing need for more robust strategies among populations where trauma rates are high but where there is little access to mental health care. For example, in the Central African Republic (CAR), there is 0.15 mental health professionals per 100,000 population and, in Iraq, the figure is 1.77 per 100,000 population. The World Health Organization’s (WHO) action plan to integrate mental health into general health coverage was drawn up to address this need. The WHO also seeks to reach more people and respond to public mental health needs and as such seeks ways of delivering such interventions without relying on mental health specialists.

Derek Farrell and Elisabetta Dozio’s presentation presented the results of a Randomised Control Trial (RCT) of group TFCBT versus GTEP in Kurdistan and the CAR. The RCT was funded by Action Against Hunger & Worcester University. The challenge was to provide scalable mental health treatments in line with the WHO action plan. Working with refugees who had fled the ISIS crisis or other internal conflicts, the RCT compared TFCBT to GTEP. Conducted by Farrell and Dozio, the trial involved adult participants over the age of 18 who met the criteria for PTSD. In the post conflict settings of the refugee camps, 20% of the adult population had mental health problems such as depression, anxiety, PTSD, bipolar, or schizophrenia.

Both protocols were adapted for language and cultural reasons and the treatment entailed a psychoeducation session followed by six sessions of treatment. The proposed value of a group approach is that it allows work to be done within a community context. This allows for the provision of structure and addressing PTSD, but also can help to offer validation and support and thus the rebuilding of trust and a sense of community. There is value in the witnessing and sharing of narratives; it helps to challenge the shame, guilt and retribution that often accompanies trauma. Working as a group can also encourage reintegration.

The results from the RCT showed a significant reduction in PTSD symptoms, and there were treatment effects for anxiety and depression. There were no significant differences between the TFCBT and GTEP groups. It is important to highlight that these groups were run by paraprofessionals (under the supervision of EMDR and CBT qualified professionals). The groups were also run during continuing conflict and instability. From a clinical perspective, the GTEP protocol had the advantage of non-disclosure of trauma, which can be invaluable when working on experiences characterised by high shame and/or retribution. Non-disclosure can also protect against vicarious traumatisation.

Zeynep Zat presented her PhD thesis which explored the use of GTEP on self-regulated learning with students who had PTSD related to traumatic academic experiences. It is known that negative experiences at school interfere with learning and achieving as the experience of stress can either result in resilience or vulnerability. The stress reactivity curve in traumatised children creates a small window for optimal learning in children who are facing a challenge, before such challenges become stressors (that is, before a child progresses from feeling challenged to feeling distressed). For this study, participants with traumas that were solely academic were identified and randomly allocated to treatment and non-treatment groups. Seven pupils were treated using the GTEP model for three sessions. With regard to the dimensions in self-regulated learning, the participants reported significant improvements in performance and self-reflection. There was improvement in forethought, but this was not significant.  Following on from the treatment, the students began to perform better in school.

The researchers hope to take the information about trauma and learning gleaned from this study into schools to help those who have been traumatised begin to reach their potential, but also to educate the educators and help prevent academic traumas.

With global trauma on the rise, and this trend highly likely to continue in the wake of the pandemic, we need to acknowledge that delivering therapy on an individual basis will not be sufficient to meet demands. If we are to begin to lift the burden of trauma, we need to alter our approach not only to deliver high quality, effective therapy, but also in such a way as to help large numbers of people simultaneously. The inspiration from these presentations is that we can make effective treatment available on a large scale through the use of groups across diverse populations. Such groups can be run by paraprofessionals, under the supervision of EMDR specialists, increasing the availability to those in need.

Emma McClane is an Accredited EMDR consultant and facilitator working in both IAPT and private practice.